The ovaries are an important part of the female reproductive system. Ovaries have three important functions: (A) They secret specific hormones (B) They protect the eggs that a female is born with (C) Release eggs for fertilization. If the egg fertilizes with sperm it can result in a pregnancy.

Cysts can be divided into: –

Generally, ovarian cysts show no specific symptoms and are only found during a physical examination or on an ultrasound. In case of large cysts or those that have ruptured or where bleeding has occurred inside the cysts, one may experience certain symptoms like – 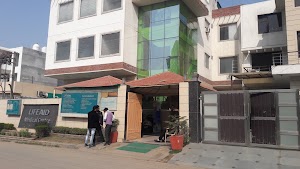 Puja Kumari
09:01 05 Jan 18
Had a very great experience during my grandmother surgery. The staff is very cooperative and helpful. They are best at their work. Impressed from the services.

urvashi khatri
06:24 07 Dec 17
Doctors are highly qualified and supportive. Staff is available 24/7 to assist. The best thing about the hospital is they only charge what is required.

Yogi Sehrawat
06:45 07 Dec 17
The Best Hospital I've ever seen and dealt with. Doctors are true to work and so do the whole staff in this place. The bills will be 1/3rd as compared to the other hospitals

Deepak Mohan
05:50 07 Dec 17
I found Doctor Admit to be extremely knowledgeable and an expert in his field. Hospital is a good budget hospital and has got all facilities. Overall I am quite satisfied!!